These are small fruits with an ancient taste, sweet or sharp, but always strong and unmistakable.

This name is given to a number of ancient fruits, largely grown in this area in the late Middle Ages, that for many centuries, processed and stored, were an alimentary and economic resource for the country families in wintertime.

Today these fruits, almost disappeared as wild plants, are cultivated again by some farmers as “niche” products, for the consumers looking for traditional and genuine flavours. 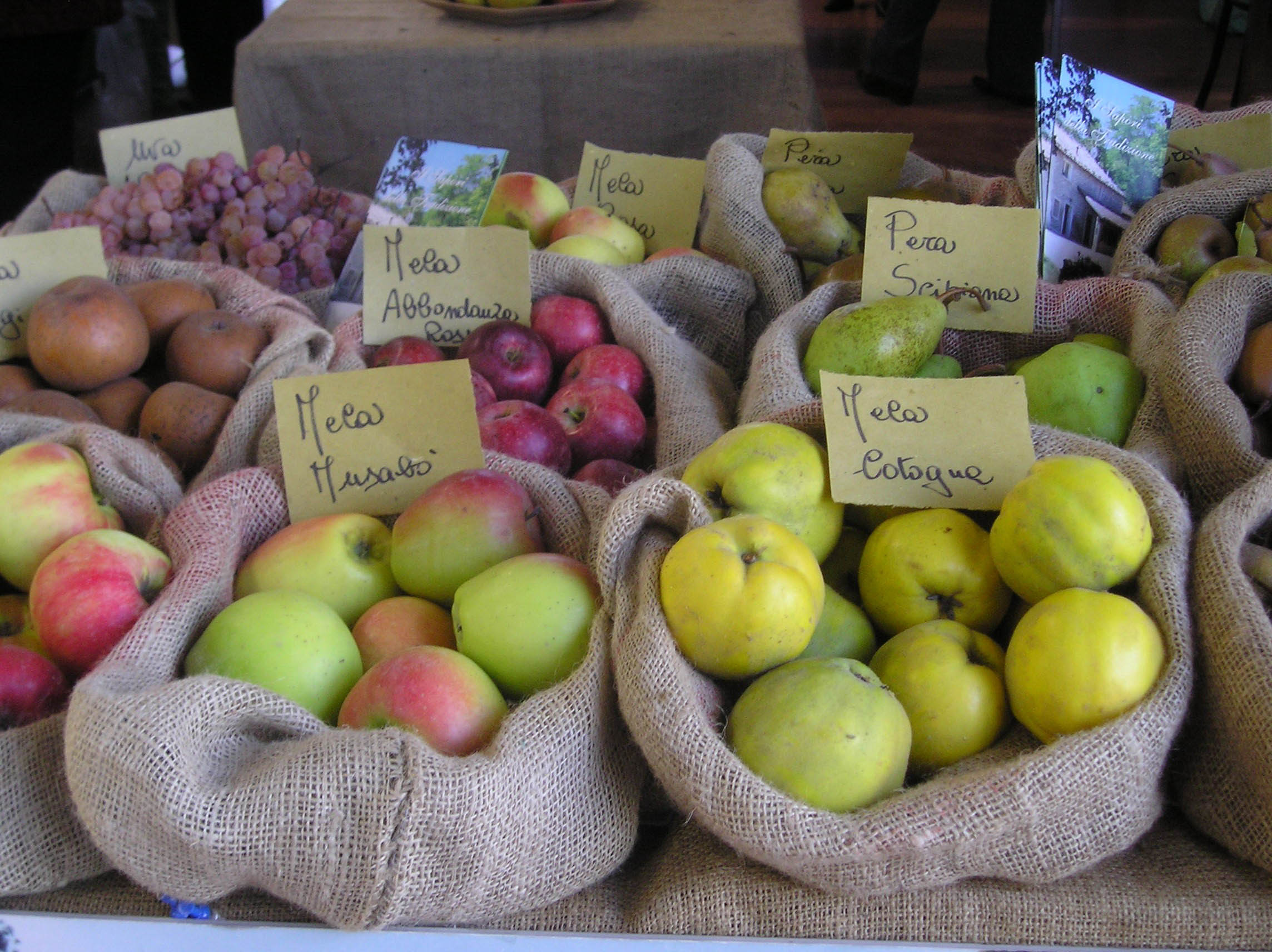 It’s a small fruit with a peculiar shape, one of the ‘forgotten fruits’ coming from the past and still cultivated in the countryside around Brisighella. It used to be largely widespread and appreciated; today farmers are reintroducing this plant in specific areas of Faenza Apennine. The harvest takes place between october and november.

This kind of pear developes its peculiar flavour after the harvest; a typical way of cooking is boiling it for a long time in red sweetened wine.

These are small fruits with an ancient taste, sweet or sharp, but always strong and unmistakable. They are used mainly cooked or for home made jams.

Arbutus: This fruit has reddish berries and a slightly acidulous flavour amnd is mostly used for jams and digestive liqueurs; it ripens in November/December.

Cornelian cherry: Fleshy fruit with an aciduous taste that can be preserved in salty water as for the olives. It ripens in November/Dicember.

Quince: Egg-shaped, with an hard and sour pulp. Best for cooking and jams.

Jujube: Olive-shaped but with a glossy brown colour, with an hard pulp and a pointed woody stone; when ripe (in September) is very sweet.

Medlar: It’s a small fruits, acidulous and astringent. It’s harvested when still green and made it ripen (in September),

Sorb-apple: Like a small pera with an acidulous taste. After a long ripening it’s sweet and juicy.

Cooking with the forgotten fruits is rich with new unusual flavours. They are used (together with other berries like ‘azzeruole’ and ‘rosa canina’) to prepare a typical Romagna jam, the ‘savor’, boiled with must.

Another ancient recipe (dated back to the Gonzaga times) is the ‘brodo di giuggiole‘ (Jujube broth), prepared with jujubes, quinces, white grapes, sugar and water.

From the ‘Rosa canina‘ (Dog rose) can be prepared a rare and delicate jam.

In many restaurants of Faenza Apennine the forgotten fruits are served with new recipes, blending tradition and creativity.