Due to its position – between Emilia-Romagna and Tuscany – and to a favourable road network, Brisighella is a very handy starting point for trips and escursions

For a quick trip the ideal destination is Faenza, the world famous city of artistic pottery, only a few kilometers away.. Ravenna and Florence too are close e the road leading to Florence, across the Colla pass, affords one of the most beautiful view of the Appennini mountains. Florence and Faenza can be reached by car, but as well with the picturesque railroad that links them directly. 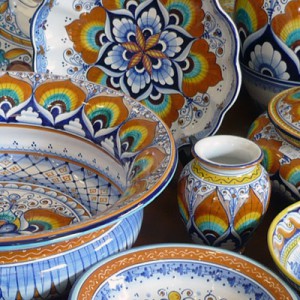 Faenza is an etruscan-roman town, famous all over the world for the production of artistic pottery, whose ancient craftwork goes back to the XII century.

The tradition and the culture of ceramics are, today too, the main assett of the city: the International Museum of Ceramics hosts a gorgeous collection of artworks from different countries and different ages.

But Faenza it’s not only pottery, it’s town with excellent architectural and urban features, such as the magnificent cathedral, one of the most relevant building of the Renaissance art in Romagna; and furthermore, two central squares, the Milzetti Palace with its neoclassical frescoes, the elegant Masini Theater (second half of the XVIII century).

Faenza is the ideal stage for spectacular events like the medieval horse race “Palio del Niballo” or the “Passatore 100 km foot race”.

For more informations about Faenza 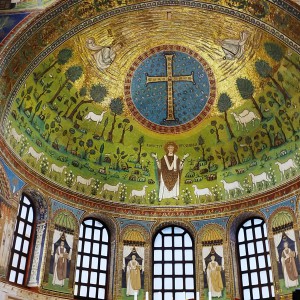 Last Capital of the Western Roman Empire in the V century and the main city under the kingdom of Goth king Teodorico.

Many splendid monuments still remember its great political, commercial and artistic role across the time, especially during the imperial period and when, in the VI century, the city became the real center of the Eastern Roman Empire: in Ravenna one can find an impressive complex of basilicas, baptistries and mausoleums with the magnificence of precious marbles and beautiful Byzantine mosaics.

A few kilometers form Ravenna there is a beautiful pine forest and the sandy coast of the Adriatic sea.

For more informations about Ravenna 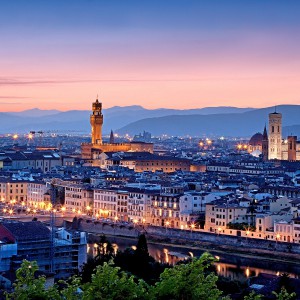 Florence, an etruscan city, lies along the journey of the river Arno, surrounded by green and fertile hills, a distinctive mark of its landscape.

Florence is a woldwide famous cultural centre: its monuments, galleries, palaces and churches speak up for themselves, as well as for the many cultural events that take place every year. In this city the visitor can see invaluable treasures of any style and from any time, so that the history of Florence is the history of art itself.

For more informations about Firenze 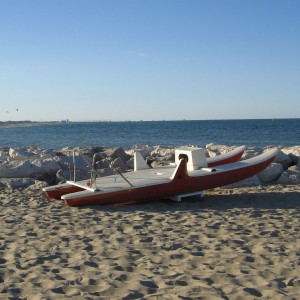 Not far from Ravenna there is Cervia, a very popular sea resort with a wide and sandy coast.

Cervia is also known as “La città del Sale” (The City of Salt), due to its ancient salt mine, more than two thousand years old and still operating, a precious evidence of the traditional harvesting of marine salt.

In 1979 a Natural Reserve has been founded, a natural park where the typical flora and fauna of the region is protected. Besides, in the historical centre of Cervia you can visit the Salt Stores, the Tower of St. Michael and the Docks.

For more informations about Cervia

The Regional Park of Po Delta,founded in 1989 and the largest among the regional parks, includes the southern part of the Delta and further south also a large region of wet areas, quite interesting from a naturalistic perspective.

The visitor will be amazed by the wide range of enviroments and cultural spots: the primeval mediterranean bush, the lagoons, the salty valleys and the polls of unsalted water, the etruscan and roman ruins, the Byzantine mosaics and the Benedictine architecture.

The park is dividen into six different parts, easy to reach with the A14 highway or the Via Romea, crossing the whole area.

For more informations about the Park