Via del Borgo or Donkeys alley

This is a unique walkway, perched high above the street level:  on one side it has tiny entrances to various ancient homes (still lived in today) and opposite, on the street side, it has a long line of arched openings which overlook the street beneath and give light. 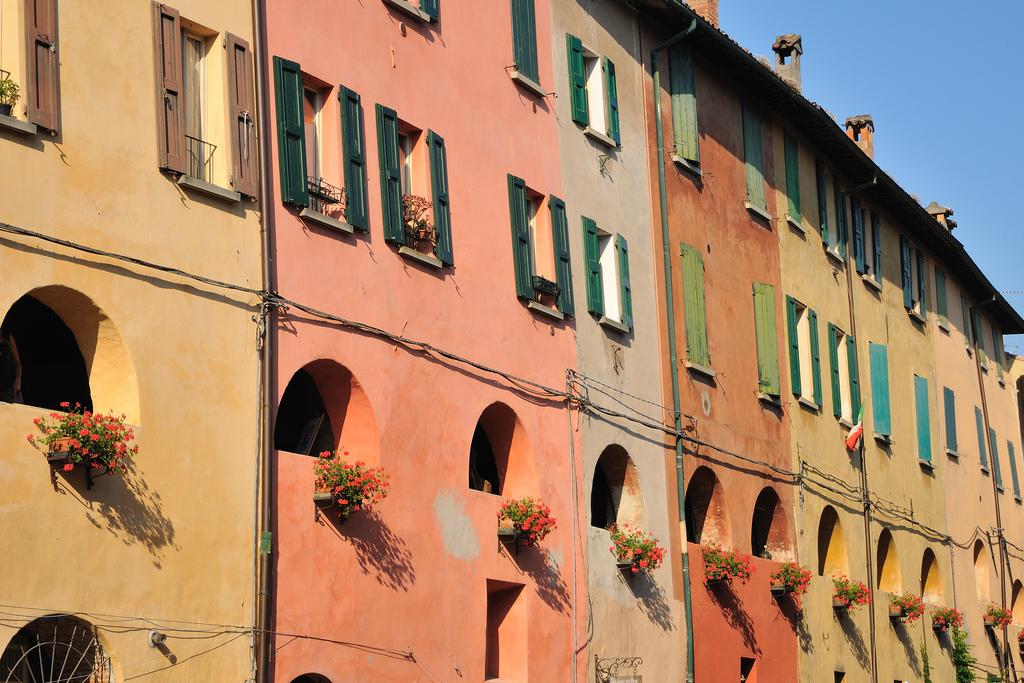 Built approximately around the 14th century, it was the oldest defensive walkway of the village.

At the beginning it was open and  served as an outpost for the guards but later,  lost its military use, was covered and   became home to many families.  The alley was mainly inhabited by the carters who used the walkway to transport the gypsum from the Monticino caves with their donkeys (hence the name of the street). 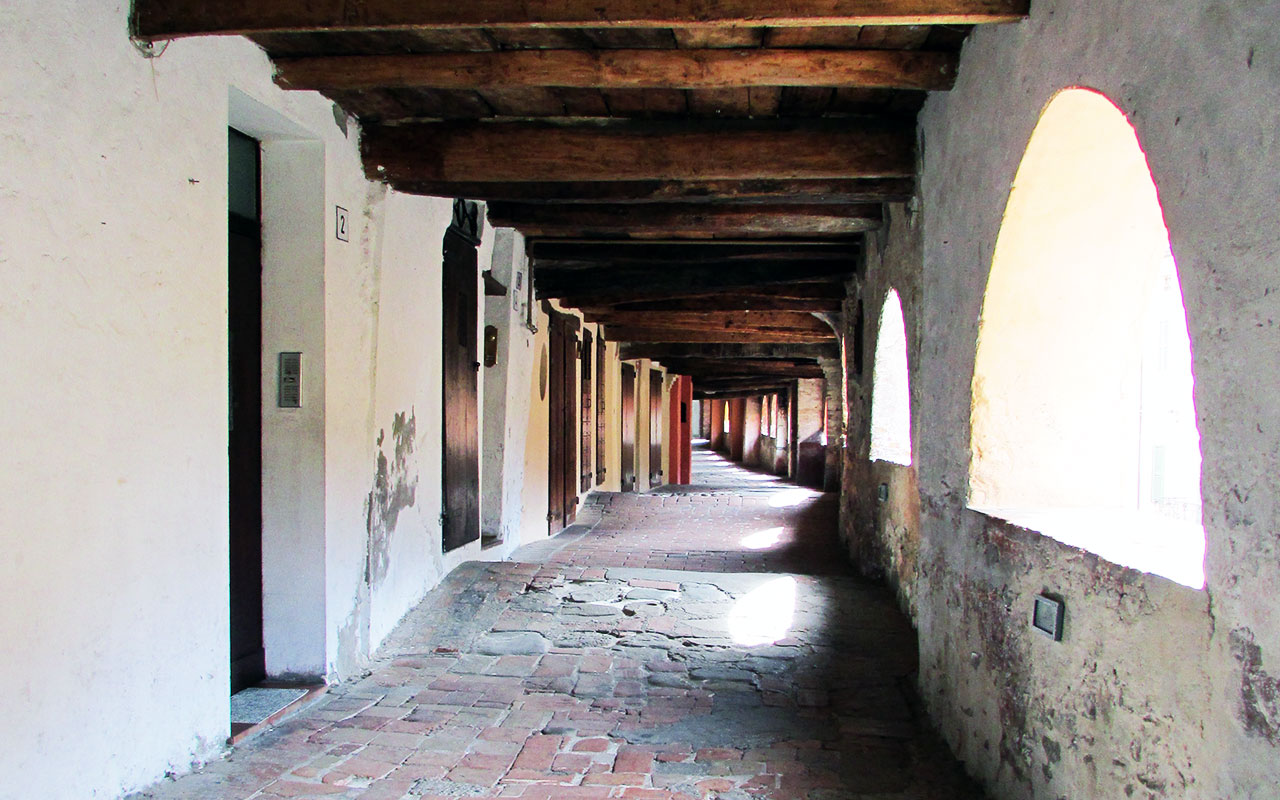 The stables were in front of the arches, while people lived upstairs and the carts were kept below, at the street level, in large cart houses dug in the chalky rock.

Along the walkway  you can see a plaque commemorating the cardinals, Gaetano e Giovanni Amleto Cicognani, two brothers,  both born here.